Balor of the Evil Eye - The Sauron of the West? 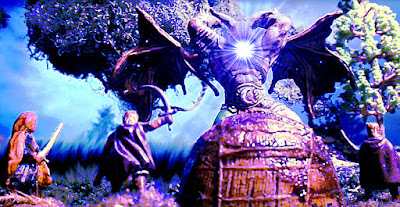 The concept of the 'evil eye' is one that shows up frequently in many cultures across the globe, and in a European context, is most closely associated with southern regions; in particular, Italy and Greece. From a psychological and magical aspect the 'evil eye' is generally connected with concepts of envy and the enormous harm another person's ferocious jealousy can do to any of us should they cast their 'evil eye' upon us.

In the Irish mythological context, the story of Balor of the 'evil eye' takes on a more potent form in the eye of the giant Balor. His eye, which when opened in battle, acts as a type of weapon of mass destruction when used upon any opposing army. The comparison with the Eye of Sauron in JRR Tolkien's The Lord of Rings is readily apparent here. However, there are also deeper psychological undercurrents to the story of Balor, which we will look at later.

Firstly, let's look at the Balor mythology itself:

Balor was the giant demon king of the Fomorians and was also considered their god of both chaos and death. The Fomorians were reputed to be a deformed and ugly orc-like race which arrived in Ireland, it is said, from Lochlann in Norway (although some versions of the story place their origins in North Africa). So terrifying and wretched was Balor the giant, that his reputation alone validated his rule over his Formorian kinsmen. Balor was so dangerous that he was said to have one eye on his face and another eye (or an opening for the same eye) at the back of his head so that any attempt to slay him in battle from behind was impossible.

Balor ruled over his kingdom from the remote Tory Island off the present-day county of Donegal. Such was the power of Balor's eye that is was said he laid waste to some of the western islands across the sea in Scotland simply by turning his back upon them while still on Tory. As a result of this awesome power, and in the interest of public safety, Balor kept his eye covered until it was needed in battle. The term still used in the Irish language to this day for someone possessing of the 'evil eye' remains "Súil Bhaloir" which directly translates as 'Balor's Eye'.

Nevertheless, despite his incredible power, a prophecy had been made that Balor's own grandson would one day kill him in battle, and similar to the per-destined fate of Odin, who was also destined to be slain during the end times of Ragnarök, Balor naturally attempted to avoid his predicted demise by preventing his daughter Ethlinn from becoming pregnant.

He did this by imprisoning Ethlinn while she was still a young child within a tower made of crystal on the far summits of Tory Island, which are still named "Tor-More" (or 'the big tower'). Ethlinn was under the constant watch of her twelve handmaidens, and despite her Formorian  genes and her father's lack of good looks, she grew to become a very beautiful young woman. However, young people being what they are, Cian, who was a member of the Fomorian's main enemy, the Tuatha Dé Danann, devised a complicated and daring plan along with the help of the female druid Birog to break into the tower and woo Balor's daughter Ethlinn. The plan succeeded with Cian and Ethlinn having sex and thus she became pregnant.

When Ethlinn gave birth to triplets, Balor, in his paranoia, hurled them into the Atlantic. Even so, the druidess Birog managed to save one of the children named Lugh. Birog presented Lugh to Manannan mac Lir so he could foster the only surviving child of Cian and Ethlinn.  Lugh's name was temporarily changed from Lugh to Lahmfada in order to protect his identity, while Manannan mac Lir raised him within the customs and culture of the Tuatha Dé Danann.

The Formorians were allies to another ancient Irish race known as the Firbolgs, who were highly envious of the Tuatha Dé Danann, due to the People of the Goddess Danu being a more cultured and elvish-like race. As a result of the alliance between the Formorians and the Firbolgs, crushing taxation was imposed upon the Tuatha Dé Danann by the Formorions at the behest of the Firbolgs. In time, this policy led to war and  the now grown Lugh commanded the Tuatha Dé Danann forces in the second Battle of Magh Tuiredh (today known as Moytura in County Roscommon) against their oppressors, the Fomorians. It was during this battle that Balor killed Nuada of the Silver Arm with the terrifying energy of Balor's eye staring upon Nuada. Projecting a force so great that it was akin to a pathological venomous death ray drawing the very life force out of anyone whom Balor placed his gaze upon.

The are two different versions describing how Lugh slew the giant Balor at the Battle of Magh Tuiredh. The first tells of Nuada lying dead, and then Lugh using his slingshot, or a catapult-like device to launch a missile directly towards the eye at the rear of Balor's head, killing him instantly. The other version tells of Lugh using his magical spear crafted by Goibniu - the god of the metalworkers - and which he throws at Balor, decapitating him.

However, the power of Balor's still-open eye was so great that as the giant fell to the ground dead, the rays projected from his eye burnt a hole into the earth as he tumbled face forward onto the ground. Unable to defend their ranks without Balor of the Evil Eye, the Formorian army surrendered, and as a result, the Tuatha Dé Danann became the ruling force in Ireland for several centuries thereafter.

A lake was eventually formed from the hole left by Balor's eye burning into the bedrock as he fell dying, and today this is known as  Loch na Súl ('súl' being 'eye' in Irish) and can still be visited near Riverstown in County Sligo. An interesting side note is that the Loch na Súl every so often vanishes literally overnight, seemingly having drained suddenly into a large sinkhole beneath it.

Apart from the direct comparisons between Tolkien's Eye of Sauron and Balor of the Evil Eye of Irish mythology, on a subconscious level both could be considered as the weaponised frustrations of a fallen god or race. In Sauron's case, the ugly and vicious races of Mordor forever trapped in darkness unable to reach the levels of the hearts of men, let alone the cultured aristocratic heights of the elves. So Sauron and the Orcs create forces and ideas of darkness being doomed to do so as their only chance of escaping the dark prison of Mordor.

Likewise, the Formorians view the Tuatha Dé Danann in much the same way, and hence why they had no choice but to surrender - both in a militaristic and cultural, if not supernatural sense - to the race which became later known to Irish people in some parts of rural Ireland as 'the Gentry'.
Posted by Thomas Sheridan at 19:21

and what of our Eye of Horus :o)

I'm curious to know what you think of the 2000AD Slaine comics?
I read one recently for the first time and thought it was great fun, although it is fairly fictionalised.
But the gist to the Gaelic story is in there and it seems to me like a good natured take on it.

I’m sure you’re on the right track with this, in Tolkien’s The Silmarilien (1977) we have a reference to the Bay of Balar which lies to the south of Beleriand, and the Isle of Balar. It is said to have been the eastern horn of the island - used by the Valar to transport those first elves to the undying lands – that broke away. The etymological similarities throughout your re-telling of ‘Balor of the Evil Eye’ with Tolkien’s mythology are too frequent and numerous for it not to be a significant thread in the weave of Tolkien’s ontological creation myth.

As Thomas Browne once said “all knowledge is enveloped in darkness”, and of course he would of known, for Browne like other mysterious men throughout our authorised history, were primarily concerned with reforming knowledge for later dissemination. Others, of a like-mind, Poe, Borges, and Sebald to name a few, have also sought to pierce the shroud of mystery and myth, to re-create a narrative, all of one piece. A perfect circle perhaps. 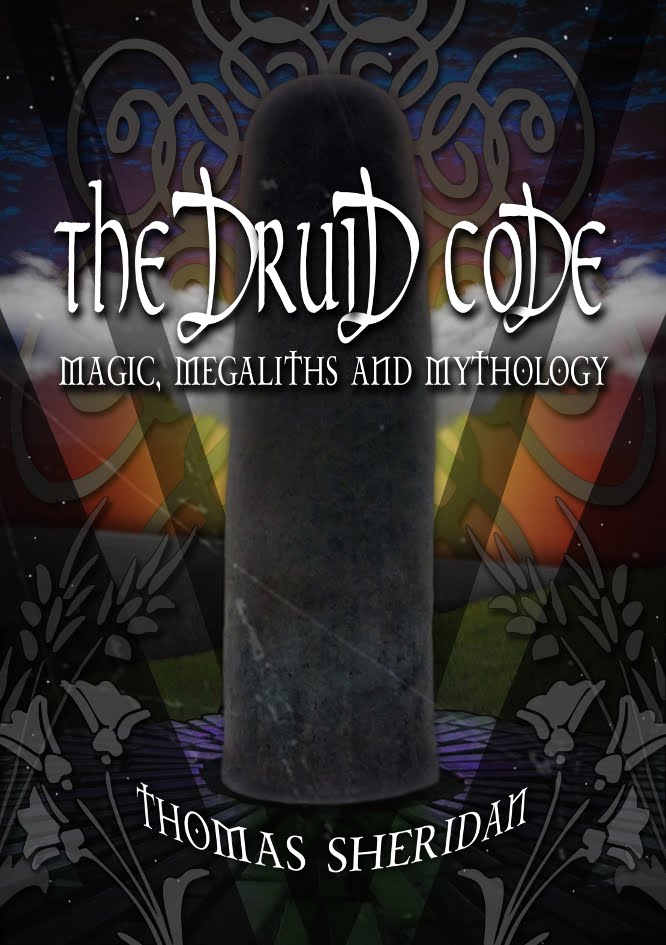